Learn how to build watchOS apps for the masses 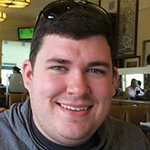 Cory Bohon is a Cross Platform Engineer at MartianCraft, working on a daily basis with quality-discerning clients like Apple, Whole Foods, FOX, Lytro, Amazon, and with internal products at MartianCraft. He is also the owner of Cocoa App, a software company that creates niche productivity and utility apps for Apple platforms. Cory fell in love with computers at an early age, and began writing software for the Mac while in high school. His early software garnered more than a half a million downloads in only a few months, and earned the recognition of podcasters and bloggers. Since 2008, Cory has been crafting software full time for Apple-only platforms, beginning with the introduction of the iPhone SDK. He calls South Carolina home, and when not writing code, he enjoys spending time collecting old Apple gear, traveling, and being an amateur photographer. Follow Cory online on Twitter (@coryb). 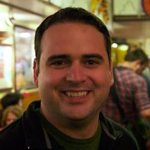 Kyle wrote his first computer program at the age of eight on a Commodore 64k, and has been passionate about technology and engineering ever since. After leaving the military he founded his first software development studio in 2004. Kyle has lead successful software companies for the past 12 years being named twice the CEO of an Inc 5000 fastest growing company. Kyle has also written five books on mobile development and contributed to many more. He has served as an advisor to numerous startups and investment groups. Kyle speaks regularly around the globe on technology, business, entrepreneurship, and futurology. Follow Kyle online on Twitter (@kylerichter)